WIREDINTEL
Home of the latest news...
█
Skip to content
You are here
EU votes to ban bee-harming pesticides

The European Union has voted for a permanent ban on pesticides that are harmful to bees.

Three major neonicotinoid chemicals linked with the decline of pollinating insects will no longer be allowed outdoors across the region, building on existing restrictions in place since 2013.

The near-total ban on these chemicals comes after mounting concern from scientists, environmental organisations and politicians about their impact on bees and the wider environment.

“This is a major victory for science, common sense and our under-threat bees. The evidence that neonicotinoid pesticides pose a threat to our bees is overwhelming,” said  Emi Murphy, bee campaigner at Friends of the Earth

A report released earlier this year by the European Food Safety Authority (Efsa) concluded “most uses of neonicotinoid pesticides represent a risk to wild bees and honeybees”.

Under the new regulations, outdoor use of imidacloprid, clothianidin and thiamethoxam will now be banned in EU member states.

These chemicals have been linked to “large-scale population extinctions” in bees, and are known to impact their learning and memory.

However, indoor use of the pesticides – in greenhouses, for example – was not found to have the same harmful effects, and therefore has not been restricted.

“The Commission had proposed these measures months ago, on the basis of the scientific advice from the Efsa,” said Vytenis Andriukaitis, European commissioner for health and food safety.

“Bee health remains of paramount importance for me since it concerns biodiversity, food production and the environment.”

Many scientists have supported tighter restrictions on neonicotinoids, pointing out not only their effects on bees but also the environment as a whole.

“Neonicotinoids not only contaminate plants, soil, and water, but surprisingly, they stay in the water and soil for a long time after they are sprayed,” said Professor James Nieh, a biologist at the University of California San Diego.

“These chemicals drift outside of their application areas, as has now been demonstrated in multiple studies.”

Insecticide use generally has been linked with massive declines in populations of European insects, as well as the birds that feed on them.

“The only acceptable dose of these systemic pesticides for bees is just nothing. Zero,” said Dr Jean-Marc Bonmatin, a scientist at the Centre National de la Recherche Scientifique (CNRS).

The ban has also received extensive public support, with a petition from campaign group Avaaz gathering nearly 5 million signatures calling on European ministers to support it.

“Banning these toxic pesticides is a beacon of hope for bees. Finally, our governments are listening to their citizens, the scientific evidence and farmers who know that bees can’t live with these chemicals and we can’t live without bees.,” said Antonia Staats, senior campaigner at Avaaz. 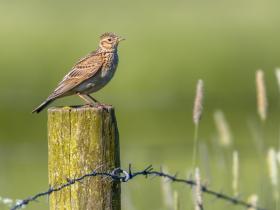 ‘Shocking’ decline in birds across Europe ‘due to pesticide use’

Environment minister Michael Gove has previously expressed his support for such a ban after reversing the government’s previous position on neonicitinoids in November, stating “we cannot afford to put our pollinator populations at risk”.

“The weight of evidence now shows the risks neonicotinoids pose to our environment, particularly to the bees and other pollinators which play such a key part in our £100bn food industry, is greater than previously understood,” he said.

“It’s great news that Michael Gove listened to the experts and backed the ban – he must now give farmers the support they need to grow food without bee-harming pesticides,” said Ms Murphy.

“Neonicotinoids are not the only threat bees face – ministers must urgently step up efforts to boost nature, protect wildlife-friendly habitats and tackle overreliance on pesticides in their post-Brexit farming policy.”